Salt and ice have a complicated relationship. Salt melts ice—sort of. When salt comes into contact with ice, it breaks down into its component ions which disrupt the molecular bonds in the crystalline structure of ice and depresses the freezing point of water. While water normally freezes at 32°F (0°C), salt lowers the freezing point of water as much as 30 degrees depending on the concentration and type of salt solution. So when an iceberg breaks from a glacier and floats out to sea, it will eventually melt just as surely as ice on a highway after the salt truck arrives.

Salt and water share a propensity to take on different forms. The crystals in this installation are from two mineral salts; table salt or sodium chloride NaCl and sodium borate Na2B407•10H20. Sodium Chloride is present in vast quantities in the oceans while sodium borate is formed at the bottom of saline lakes in arid climates. Both types of salt crystals are unstable and deteriorate over time. Sodium chloride is vulnerable to moisture in the air, and sodium borate, which forms large flashy translucent crystals when fresh, turns opaque and breaks down into a white powder as the water they contain evaporates, withering from the inside out.

This installation considers the instability of water in an environment of climate change. The photographic images depict glacier lagoons in Iceland; a recent (1930-ish) development as glaciers retreat from the ocean edge. Hundreds of daily visitors are enchanted by the luminous aquamarine ice and blue water, but most don’t make the connection these lakes are a symptom of an accelerating thaw that expands annually. The cast porcelain boats are modified representations of the Titanic, Coastguard rescue boats and lifeboat dinghies. 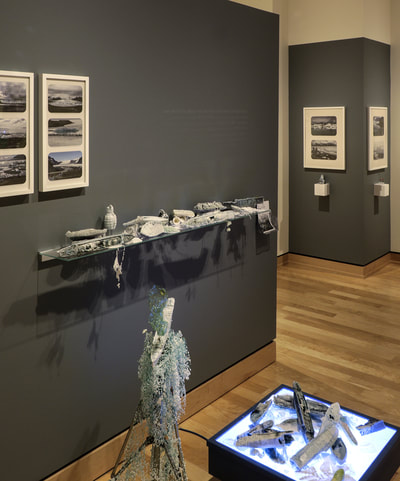 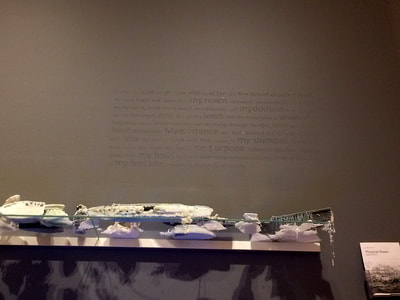 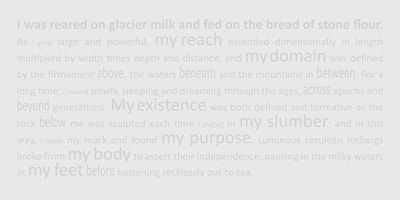 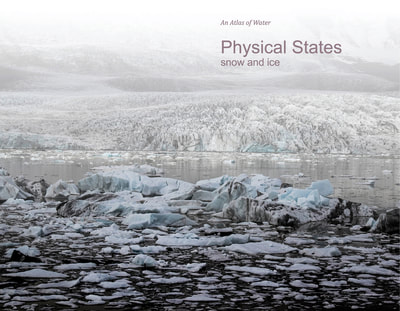 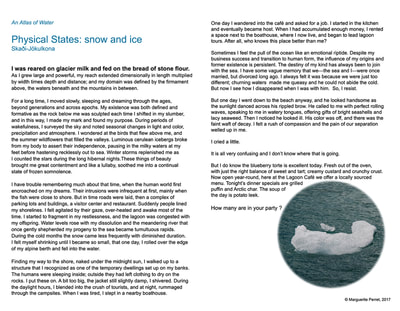 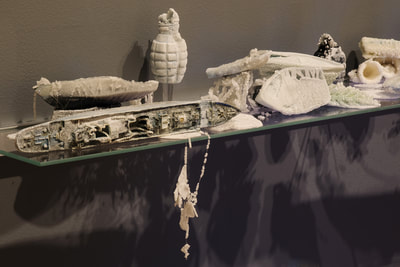 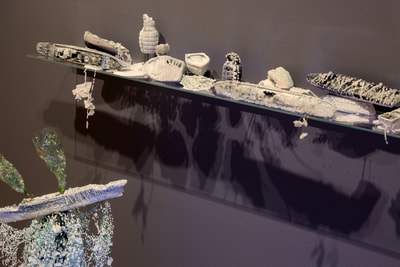 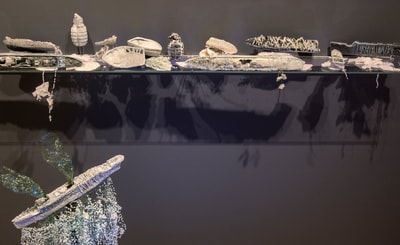 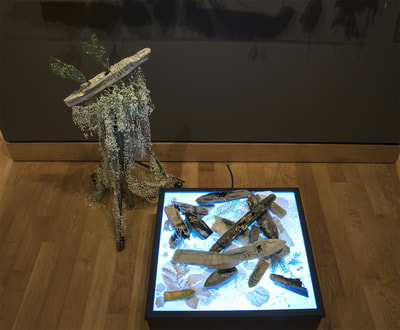 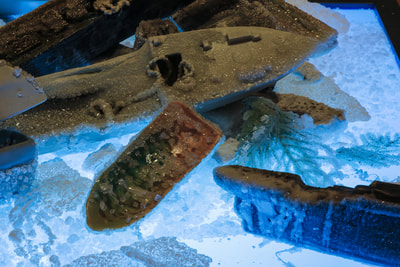 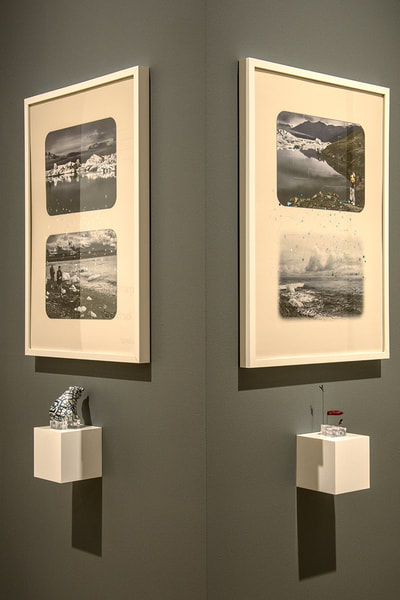 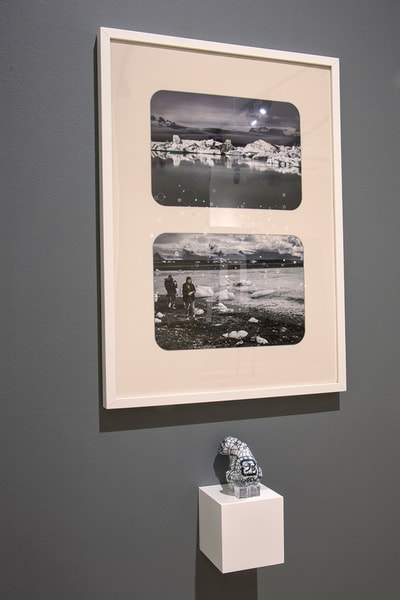 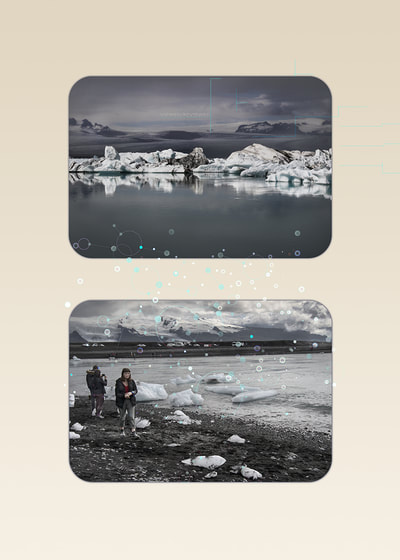 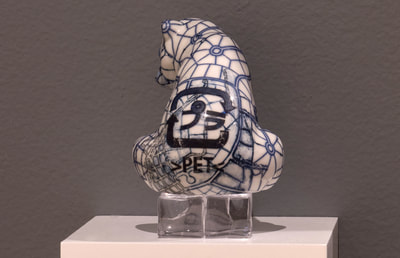 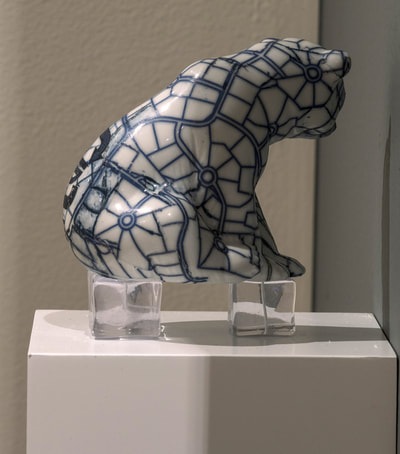 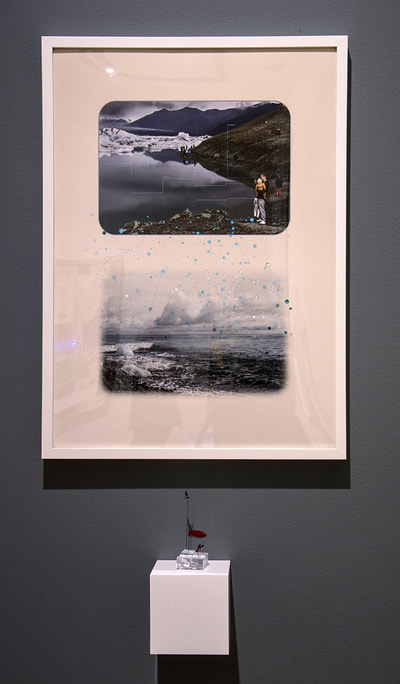 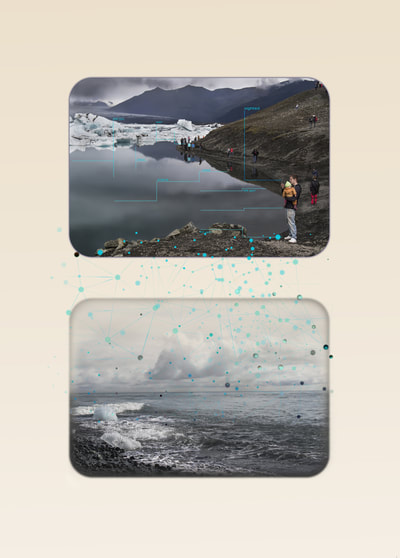 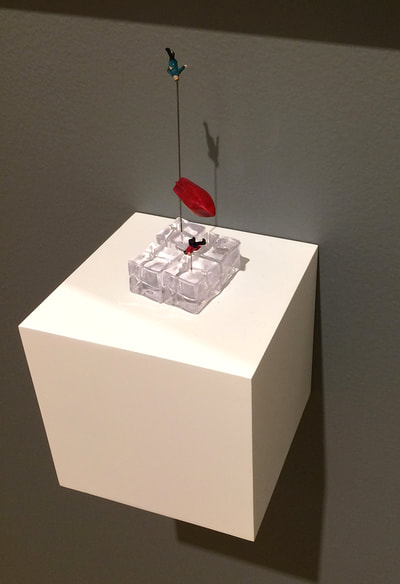 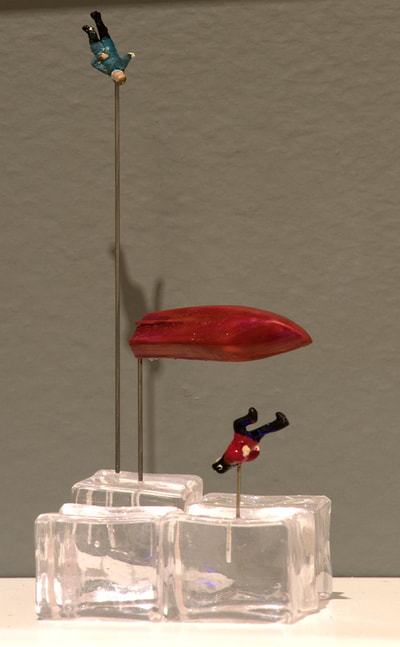